In the State of Oregon, a sophomore at McKay High School is coerced into getting another vaccine to avoid Exclusion Day to ensure she can continue attending school. “Marisol is an aspiring doctor, so she says missing school is not an option.”  Schools and daycares are stepping up the pressure, under government oversight, with the message “get vaccinated or get shamed,” and they are going after healthy and homeschooled kids. 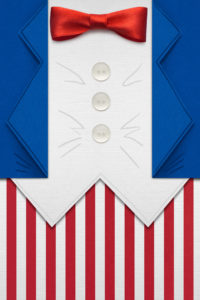 Creative 4th of July concept photo of Uncle Sams costume made of paper.

Stigmatizing health has become a government hazing ritual that, ironically, demonizes people who care about their health. Health-conscious people are deemed mentally ill, called “health nuts” and diagnosed with ‘orthorexia nervosa,’ which in Latin translates to “nervous about correct eating.” “Orthorexics” are people who live a natural life to avoid disease. They are deemed a threat to a government fast loosing power.

In a state of government disarray, first health is stigmatized then it is weaponized.  This process comes directly from the Playbook of the Hegelian Dialectic: Problem, Reaction, Solution. First create the problem (health), then generate a reaction (crazy), and finally, roll out the solution (uniformity through a universal flu vaccine).

However, government must create a “compelling interest:”

Compelling interest Legal Definition. n. In constitutional law, a method for determining the constitutionality of a statute that restricts the practice of a fundamental right or distinguishes between people due to a suspect classification.

Government must build a case for a universal flu vaccine so they work through the media:

Q: Do mandates protect health and safety, as the Centers for Disease Prevention and Control claims?

A: Any discussion of safety is a distraction if the freedom to choose to say NO is no longer an option.

Q: Is government established to protect anyone?

A: In the U.S. Supreme court case Bowers v. Devito: “there is no Constitutional right to be protected by the State against being murdered by criminals or madmen. The Constitution is a charter of negative liberties; it tells the state to let the people alone; it does not require the federal government or the state to provide services, even so elementary a service as maintaining law and order.” There is no mutual obligation. In exchange for your vote to the system, you receive a false sense of security.

Q: Is a mandate a necessity to attend public school?

A: According to Dolan v. City of Tigard, 512 U.S. 374, 1994: Nobody has the power to make you surrender your Rights (such as to Informed Consent) in order to receive a public benefit (such as schooling for your children). The US Supreme Court calls that an “unconstitutional condition.”

Q:  Do mandates for “Public Health” go beyond vaccines?

A: Public Health does not exist. And the new Bill of Rights in California sets the stage for the State to usurp parental rights by claiming ownership over your property (children), a model for the entire nation.

PR And The Ruse of Exemptions 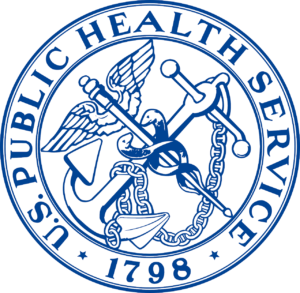 “Public Health” is PR term created in 1913 when the Rockefeller Institute of Medical Research (RIMR) and its Internal Health Division (IHD) promoted uniformity over individuality to convince individuals to give up their power to an outside authority and give up their immune system to an invisible virus. In the State of Oregon, Marisol chose to “get her public health shots” even though law “allows” parents to exempt their children from vaccinations for both religious & personal beliefs.

All 50 States have legislation requiring specified vaccines for students yet school immunization laws grant exemptions for medical, religious, and philosophical reasons, depending on the State.

“If people let the government decide what foods they eat and what medicines they take, their bodies will soon be in as sorry a state as are the souls of those who live under tyranny.” – Thomas Jefferson

When the State “grants” an exemption, and you are “allowed” to exercise your right to exemption, it means you have temporary privileges, under the presumption that you consent to forfeit your natural born rights to the State. Just as State privileges are granted, they can be taken away, as California did under “SB277-public health vaccinations” in the removal of all exemptions except the medical exemption for vaccines. Under State privileges you are not free and don’t live in a free society. Your body belongs to the state even if your mind is your own.

Because people are questioning the latest flu vaccine fiasco, the government must declare a compelling State interest:

“A disease-free, asymptomatic person is a threat to everyone.”

They don’t. We, the people, must demand that the  government leave us alone. Government is only able to succeed in its agenda to remove inherent rights if the people consent to immoral dictates. 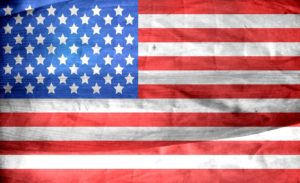 In a truly free society, the freedom to choose is non-negotiable and not open to interpretation by science or by any other means. When we allow the government to remove the principle of choice, it binds freedom itself to a contract and choice becomes obsolete.  Natural rights are our birthright and can neither be given away nor denied by any government or court.

The rights of the individual are not derived from governmental agencies, either municipal, state or federal, or even from the Constitution. They exist inherently in every man, by endowment of the Creator, and are merely reaffirmed in the Constitution, and restricted only to the extent that they have been voluntarily surrendered by the citizenship to the agencies of government. The people’s rights are not derived from the government, but the government’s authority comes from the people. The Constitution but states again these rights already existing, and when legislative encroachment by the nation, state, or municipality invade these original and permanent rights, it is the duty of the courts to so declare, and to afford the necessary relief. The fewer restrictions that surround the individual liberties of the citizen, except those for the preservation of the public health, safety, and morals, the more contented the people and the more successful the democracy. (City of Dallas v. Mitchell, 245 S.w. 944, 945-46, Tex.Civ.App. – Dallas (1922).

Rosanne Lindsay is a writer and Naturopath. She is a health freedom advocate and the author of two books, The Nature of Healing: Heal the Body, Heal the Planet, and her latest book based on her own story of thyroid disease reversal: Free Your Voice, Heal Your Thyroid, Reverse Thyroid Disease Naturally. Find her on Facebook at Rosanne Lindsay and Natureofhealing. Consult with her  on Skype or Zoom for custom healing protocols at natureofhealing.org. Subscribe to her blog at http://www.natureofhealing.org/blog/.