A new experimental, genetically engineered, recombinant mRNA COVID vaccine is being released ‘at warp speed’. China biotech companies are promising millions of doses of COVID vaccines.  The United States paid billions to six other companies, including Pfizer pharmaceutical, which are ready to deploy their versions of the not-yet-FDA-approved shot.

In a December 2020 article in LifeNews.com, Pfizer pharmaceutical WARNED pregnant women not to use the COVID-19 mRNA vaccine due to fertility and breastfeeding risks. While this is important news for millions of women, Pfizer has not warned anyone that their study excluded two other groups: 1) those who had a previous diagnosis of COVID-19 disease, and those who are immunocompromised. Immunocompromised people fail to adequately to clear infections.  Those with an autoimmune disease create autoantibodies that attack their own tissues. They also fail to clear infections adequately. According to medical doctors, “both groups can create potentially life-threatening conditions.”

If you are immunocompromised with an autoimmune disease, The American Autoimmune and Related Diseases Associations (AARDA) suggests you proceed with caution when it comes to the COVID shot. See their guidelines here for autoimmune conditions.

What if you want to get pregnant?

Is the shot worth the risks? 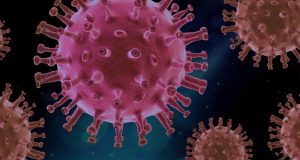 The vaccinations are expected to produce antibodies against spike proteins of SARS-CoV-2. However, spike proteins also contain syncytin-homologous proteins, which are essential for the formation of the placenta in mammals such as humans. It must be absolutely ruled out that a vaccine against SARS-CoV-2 could trigger an immune reaction against syncytin-1, as otherwise infertility of indefinite duration could result in vaccinated women.

The COVID vaccine follows in the wake of the last recombinant vaccine for the human papilloma virus (HPV).

In 2007, the HPV4, quadravalent, GARDASIL triple-shot series was introduced to girls ages 9-26, to prevent infertility. Then came HPV9 given as two or three shots. No one reported that Gardasil-9 contains more than double the toxic aluminum content of the original vaccine and has no fewer reported side effects.

After more than a decade of reviews, GARDASIL has proved to do exactly the opposite of what it claimed. For more, see my 2014 article Guard Against GARDASIL and a 2018 article by the Weston A. Price Foundation.

The deployment of the HPV GARDASIL vaccine worldwide resulted thousands of young women in the E.U. who suffered. In the U.S., over fifty-eight thousand adverse reactions—including four hundred twenty-seven deaths—have been reported after HPV vaccine injections. The primary adverse effect experienced by recipients was listed as Primary Ovarian Insufficiency (POI) resulting in premature menopause.

Reported in the medical journals, adolescent infertility is a facet of the Autoimmune/Inflammatory Syndrome Induced by Adjuvants.

Once a segment of recombinant DNA is inserted into a human cell, the consequences are hard to predict. It may be in the cell temporarily or stay there forever, with or without causing a mutation. Now the host cell contains human DNA as well as genetically engineered viral DNA. 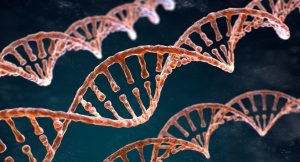 Under the Trojan Horse of a vaccine, imposter DNA can be injected and incorporated into your own DNA that manufacture proteins, aka autoantibodies, that attack your cells. Not only do autoantibodies lead to autoimmune diseases, but also to ADHD, seizures, autism, Alzheimer’s and Sudden Infant Death Syndrome (SIDS). All fall under the heading of Autoimmune/Inflammatory Syndrome Induced by Adjuvants. Adjuvants are aluminum-based neurotoxins of vaccines.

In 2016, Dr. Lee sent an open letter of complaint to the World Health Organization’s Global Advisory Committee on Vaccine Safety citing lack of safety data on the vaccine and lack of credibility. But global authorities pay no attention to deaths and injuries caused by vaccine products since vaccine makers are not held accountable for any damages from their products under Bubble Indemnity.

The medical narrative uses fear and contradiction to confuse. They suggest that a virus called HPV “makes it more difficult for a woman to conceive and remain pregnant.” Yet in the next sentence they disclose “However, it is important to remember that most cases of HPV clear up without any need for treatment.” In the fine print, scientists also disclose that no study suggests that HPV contributes to infertility.

The media promoted the experimental HPV jab, not only as a prevention to infertility, but also as a “cure-all” for cervical cancer and genital warts.

Scientists admit that the immune system clear up infections on its own, without treatment. If you consider that clue, you might say goodbye to the germ theory. Under The Terrain Theory, viruses are called exosomes, like enzymes, created within your own cells to cleanse the cells of toxins, a self-cleaning service by your cells. So, while the Germ Theory of disease paints a virus as an enemy, the Terrain Theory of disease welcomes a virus as a friend.  The deception of virology and vaccines says that viruses are alive and contagious when they are not: 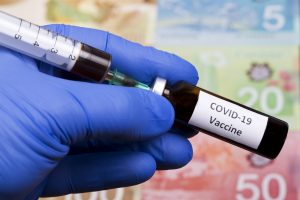 The HPV recombinant vaccine mandate was part of a strategy to coerce compliance with vaccines that genetically modify human DNA. In 2007, both Merck Pharmaceutical and Texas Governor Rick Perry, pushed an HPV vaccine mandate  for young girls, ages 9-14. Parents had to consent. However, the editor of JAMA opposed mandating vaccinating girls against the virus.

Note: there will always be two opposing scientific narratives to keep people confused about their inherent right to refuse. Science is a distraction in the health freedom equation.

An anti-cancer shot that increases the risk of cancer?

Ironically, HPV vaccines have injured and killed far more children than ever would have gone on to develop HPV-associated cancers without the vaccine. Before the ‘warp speed’ deployment of the next experimental, recombinant shot, it might be wise to assess the damage from the consequences of the last one. 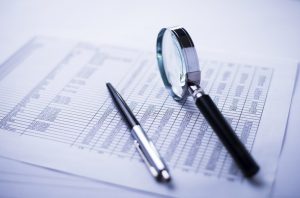 A May 2007 editorial in the New England Journal of Medicine questioned the vaccine’s “overall vaccine effectiveness, duration of protection, and adverse effects that may emerge over time,” as the clinical trials did not provide these answers.

Public Interest Group, Judicial Watch, reported in May 11, 2007, that the VAERS data base showed 1,637 adverse reaction reports. Of 42 women who were vaccinated with GARDASIL while pregnant, 18 experienced complications, ranging from miscarriages to fetal abnormalities. As of Dec. 13, 2013, there were a total of 29,918 vaccine reaction reports made to the VAERS associated with GARDASIL vaccinations, including 140 deaths.

In 2011, the Institute of Medicine (IOM) produced a report, Adverse Effects of Vaccines: Evidence and Causality, concluding that “evidence convincingly supports a causal relationship between HPV vaccine and syncope (fainting), and anaphylaxis.”

In a December 2012 study in the journal Advances in Bioscience and Biotechnology, Dr. Lee confirmed the presence of vaccine DNA fragments (HPV-16 L1) in the postmortem blood of a girl who had died shortly after receiving the GARDASIL vaccine, noting the vaccine has the ability to provoke an exaggerated immune response. He also pointed out that the rate of anaphylaxis in girls receiving GARDASIL is five to 20 times higher than any other school-based vaccination program.

In a 2014 study from Keele University in England, Dr. Christopher Exley, examined sixty-two semen samples and found “unequivocal evidence” of high concentrations of aluminum, especially in the semen of men with low sperm counts.

A review published in the 2014 Autoimmunity Reviews linked the HPV vaccine to autoimmunity:

Along with the introduction of the HPV vaccines, several cases of onset or exacerbations of autoimmune diseases following the vaccine shot have been reported in the literature and pharmacovigilance databases, triggering concerns about its safety.

A 2015 study at the University of Texas showed that young women, ages 20-26, who received the four-strain GARDASIL vaccine were more likely than non-HPV-vaccinated women to be infected with high-risk nonvaccine strains of HPV ten years later. In other words, there is a greater risk of infection in those who take the vaccine.

A June 2018 study (retracted) in the Journal of Toxicology and Environmental Health analyzed a database of more than eight million American women and found a 25 percent lowered probability of pregnancy associated with HPV vaccination.

As of December 2019, data from the CDC shows that more than one in eight American women—12 percent—have trouble conceiving and bearing a child.

Based on this review, will the COVID19 shot increase the risk for respiratory distress, infertility, autoimmunity and cancer all in one? 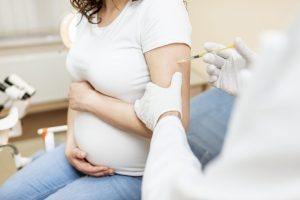 If you are a women of child-bearing age, do you want the choice to be a mother?

If you are pregnant or nursing, congratulations. Avoid the the two-shot COVID-19 mRNA Vaccine if you want to have more children. According to a UK government document for medical professionals states that there is little data about the risks of the vaccine thus far, and animal reproductive toxicity studies are not finished. Therefore, the Pfizer vaccine, BNT162b2, “is not recommended during pregnancy.”

Pregnant or not, know you always have a choice. You can choose to trust a vaccine maker who is not liable, or reliable, because they do not stand behind their products. Or you can trust your gut, the center of your innate immune system, the defense system you were born with.

When viruses are injected into the body, an imbalance occurs—only B cells are activated to create antibodies. Killer T cells are subsequently inhibited, and an engineered virus can temporarily inactivate killer T cells. Dr. Rebecca Carley, M.D. writes, “The ‘prevention’ of a disease via vaccination is, in reality, an inability to expel organisms due to the suppression of the cell-mediated response. Thus, rather than preventing disease, the disease is actually prevented from ever being resolved.”

Holism explains that when people are exposed to a virus, not everyone gets sick. Researchers at the University of Michigan (U of M) showed that when injected with infectious viral agents, a strong immune system and infectious disease could not co-exist. That’s because the cells of your immune system determines whether a virus manifests or not.

When it comes to COVID or any condition, why inject a virus which medical experts claim causes disease? If it is well established that autoimmunity is induced by aluminum adjuvants, then is this shot safe for anyone?