The Case of The Asymptomatic Carrier

Home/blog, January 2021/The Case of The Asymptomatic Carrier
Previous Next

The Case of The Asymptomatic Carrier 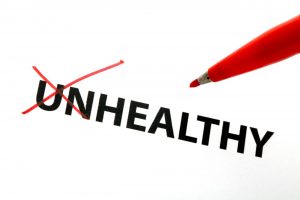 In a world turned upside down, health is the new disease and health-conscious people are labeled as “health nuts.” They are diagnosed with ‘Orthorexia Nervosa;’ “nervous about correct eating.” Orthorexics are defined as people who live a natural life to avoid sickness. And these people are a threat to a global government  where tyranny is the new freedom.

Symptoms of a Rogue System

Symptoms of a rogue government occur when healthy people are stigmatized, then weaponized. Weaponizing healthy people began in 2018 as fear about the seasonal flu spread through the media. The media took direction from the Playbook of the Hegelian Dialectic: Problem • Reaction • Solution, using a circular pattern of thought and action. 1). First create the problem (healthy people), then 2). Generate a reaction (redefine healthy people as abnormal/asymptomatic), and finally, 3) Roll out the solution (create uniformity among all people via a universal vaccine). 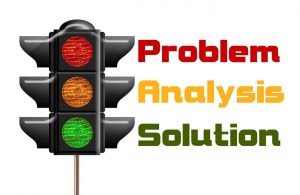 Once upon a time, the accepted meaning of Asymptomatic was “the absence of symptoms,” also known as “healthy.”

A “symptom” did not mean “a contagion.”

Symptom definition: – A sign is the effect of a health problem (mental or physical) that can be observed by someone else.  For instance, symptoms of schizophrenia include hallucinations, delusions, confused thoughts, disorganized speech. Usual flu symptoms include a high temperature, headache, and so on.

They don’t run a fever. They don’t cough or feel short of breath, and they don’t get the strange panoply of other symptoms that can herald a COVID-19 infection like frostbite-like bumps on the skin, diarrhea, or the loss of smell or taste.

It’s a very big portion of people, and although they are silent without symptoms, internally, they are taking hits in there inside their body so they don’t even know it. – Eric Topol, MD, founder and director of the Scripps Translational Research Institute, La Jolla, CA

That “very big portion of people” are healthy people! 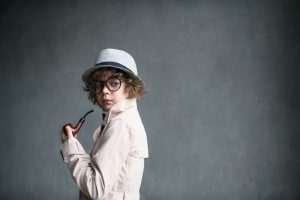 In The Case of the Asymptomatic Carrier, the biggest problem is identification. If you test asymptomatic people with the PCR test, up to 80% of positives could be false positives. If the test is bogus, could the diagnosis be, too? Do vaccines help spread disease?

Before COVID, asymptomatic people did not spread infection unless they had been vaccinated. Multiple studies show that vaccinated people spread disease through viral shedding.

Truth is not found in contradictions.

Truth cannot be derived through science, since science is set up for debate. A scientific study offers one perspective. So, when it comes to finding truth or defining morality, science is a distraction.

Science cannot give you truth. All it can determine is internal self-consistency based on data within the confines of time and distance. Everything else must be rejected. —William A. Tiller, professor, author.

Beware that science does not project an illusion of choice to suppress freedom where F.E.A.R overrides fact.

Today, being an Asymptomatic Carrier of an infection depends on which study you read. The latest studies show no evidence that COVID-positive cases, without symptoms, spread any disease. 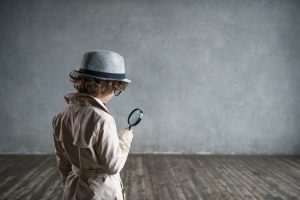 A November 2020 study published in the Journal Nature that analyzed the results of a ten million residents of Wuhan, China, post-lockdown, found no evidence that positive cases without symptoms spread the disease.

An editorial published on December 21, 2020 in the British Medical Journal, titled “Asymptomatic Transmission of Covid-19” states:

Earlier estimates that 80% of infections are asymptomatic were too high and have since been revised down to between 17% and 20% of people with infections. Studies estimating this proportion are limited by heterogeneity in case definitions, incomplete symptom assessment, and inadequate retrospective and prospective follow-up of symptoms, however. Around 49% of people initially defined as asymptomatic go on to develop symptoms.

It’s also unclear to what extent people with no symptoms transmit SARS-CoV-2. The only test for live virus is viral culture. PCR and lateral flow tests do not distinguish live virus. No test of infection or infectiousness is currently available for routine use. As things stand, a person who tests positive with any kind of test may or may not have an active infection with live virus, and may or may not be infectious.”

While viral load seems to be similar in people with and without symptoms, the presence of RNA does not necessarily represent transmissible live virus. The duration of viral RNA shedding (interval between first and last positive PCR result for any sample) is shorter in people who remain asymptomatic, so they are probably less infectious than people who develop symptoms. 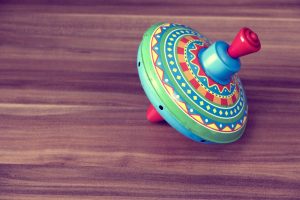 In a topsy-turvy world of Spin, finding truth comes from separating propaganda from proof and emotion from evidence.

Spin definition – To present an incident in a particularly slanted or biased manner.

Spinning definition – To be transfixed on a relatively insignificant thought or event and unhealthily or unnecessarily dwelling on it attaching a more elaborate meaning and emotion to it.

Under a COVID reality, everything is reversed. However, one definition has not changed:

The conscious and intelligent manipulation of the organized habits and opinions of the masses is an important element in democratic society. Those who manipulate this unseen mechanism of society constitute an invisible government which is the true ruling power of our country. We are governed, our minds are molded, our tastes formed, our ideas suggested, largely by men we have never heard of…
It is they who pull the wires which control the public mind, who harness old social forces and contrive new ways to bind and guide the world. – Edward Bernays, Propaganda

If human reactions can be predicted, like sheep, they can be manipulated.