Retain Your Rights Under Illegal Mandates

Retain Your Rights Under Illegal Mandates 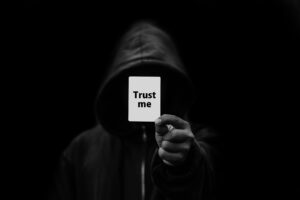 Executive Orders (EOs) and mandates are not laws. They are issued by the Executive Branch (president) “to help officers and agencies of the executive branch manage operations within the community. There is also common law and constitutional law to consider.

The State Department began numbering EOs in the early 20th century, starting retroactively from President Abraham Lincoln’s Executive Order, issued in 1862. For a list of EOs by president see here.

Cheryl K. Chumley, opinion editor for The Washington Times, writes in her May 5, 2020 article:

These [recent] orders are based on President Donald Trump’s declaration of national emergency under four statutes — two under the Stafford Act, two under the National Emergencies Act — as well as on his invoking of national emergency powers through the Defense Production Act. Governors in the varying states subsequently issued their own declarations of emergencies, invoking their own special and specific executive powers in the process.

[They] are not duly passed laws by elected representatives of the people. They are not pieces of legislation that are openly debated and discussed and voted upon in ways that keep the elected accountable to the people.

They don’t give the voter the chance to express yay or nay; they don’t allow the people to hold the ultimate power….The whole executive order system relies on a complicit and cowed citizenry being too blowed over by government to question, challenge or fight.

With a blatant disregard for the law, EOs and mandates continue to be beta tested on the population, to separate the haves from the have-nots, those with rights from those without rights, the sheeple from the black sheeple.

Know who you are. Know the law. And pay attention.

Mandates are not laws. No one can create a legal mandate because mandates are illegal. Mandates do not go through the law making process, so if you follow a mandate, you are consenting to an illegal order. 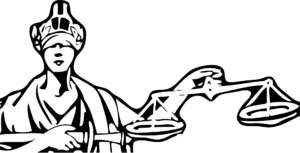 Justice may be blind so she can be impartial and objective, but she is not deaf, nor dumb. To do her job, Justice depends on each of us to defend the truth. Though the truth may not be mainstreamed, it is often disclosed in obscure places. Unless you are paying attention, you may not have heard California Governor Newsom state clearly, “I cannot mandate anything. I can only help influence.”

Are you easily influenced or do you question everything?

Did you know that mandates are for The Public, not the individual?

Do you know the difference?

To consent to “Public Health mandates” is to give up Individual, inherent Rights in exchange for Public Rights (i.e., Children’s rights, Gay rights, Parent rights, Worker’s rights, Women’s rights) granted by the State.

However, Rights are inborn. They do not come from government. They come from the Creator. Governments grant privileges, and while granted privileges can be modified, suspended, or revoked, rights are untouchable.

“Public health” does not exist outside of individuals, who makes up the public. Likewise, Public Opinion, Public Safety, Public Body, and Public Perception are myths that political elites promote in order to manufacture consent to justify their right to power and to maintain the status quo. There is only individual opinion, individual safety, individual bodies, and individual perception. For more, read Taking the Public Out Of Public Health.

Know Who You Are

All governors in the U.S. have granted themselves the right to take away your rights. But only by your inaction and ignorance do you enable them to do so. By your silence and acquiescence, you give away your rights to be a subject of their tyranny. For now, your right to gather with others and breath freely, without a mask that does nothing to stop the spread of viral particles, is being tested. Coming soon will be your right to bodily autonomy with mandated vaccines. To Mask or Not to Mask? See what the medical experts say here.

Since March, 2020, political world leaders, who have never before agreed on anything, suddenly agreed to a Playbook of lock downs and mask mandates. In the U.S., Secretary of State, Mike Pompei openly disclosed that Covid-19 is a “live exercise,” suggesting that humanity is part of a live experiment, a test.

You either know you have rights or you do not.

It is time to test the testers and question authority.  There are peaceful and  legal ways to honorably retain your rights. There is no need for a revolt or bloodshed, though revolt and bloodshed what is being mainstreamed.

II.  Rights for Elderly in Nursing Homes with The HealthyAmerican.org and John Jay Singleton, JD