The new SARS-COV2 injection is not an immunization.

Immunization happens inside your body by acquiring a toxin, naturally, which induces an immune response by your cells that produces symptoms (cold, cough, etc). When you see the toxin again, your cells will target, tag, and eliminate it so you do not succumb to the same infection and symptoms.

The new SARS-COV2 injection is not a vaccine.

A vaccine does not stop you from acquiring or transmitting a virus since the vaccine injects a virus into your body. 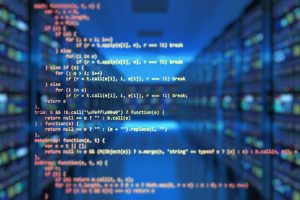 The new SARS-cOV2 injection is an operating system, according to Moderna, one company authorized to supply the experimental injection.

What the media calls a “COVID vaccine” is, in fact, a “medical device” that programs DNA through an injection of mRNA. It is a mechanical device in the form of a very small package of fat-encased technology that is implanted and installed into human cells. Once installed, nanobots self-assemble and manufacture more nanotechnology. You might call it a Trojan Horse with an unwelcome gift. It is Artificial Intelligence over Natural Intelligence. All by design.

Moderna and Pfizer have been clear in stating that the mRNA strand that is going into the cell does not stop the transmission of a virus, but it is a treatment.

A treatment for what?

The device works to transform the body into a vaccine-making machine. Moderna began as a chemotherapy company for cancer, not as a vaccine manufacturer for SARSCOV2. Are these devices injecting people with prophylactic chemotherapy for cancer that has not been diagnosed by a medical professional?

Injecting The Software of Life 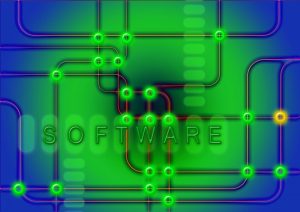 Moderna likens its mRNA vaccine to a computer operating system, a software program, an app in the body. It suggests its shots are the “software of life’ and each injection, a new encoding.

Recognizing the broad potential of mRNA science, we set out to create an mRNA technology platform that functions very much like an operating system on a computer. It is designed so that it can plug and play interchangeably with different programs. In our case, the “program” or “app” is our mRNA drug – the unique mRNA sequence that codes for a protein.

In the body, when mRNA changes the genome, it creates new proteins that the body has not seen before. Similar tech has been used in true vaccines under the Bacteriophage, a virus that infects a bacterium to encode changes in DNA.

Generally, the only thing that changes from one potential mRNA medicine to another is the coding region – the actual genetic code that instructs ribosomes to make protein. Utilizing these instruction sets gives our investigational mRNA medicines a software-like quality. We also have the ability to combine different mRNA sequences encoding for different proteins in a single mRNA investigational medicine.

The actions of Pfizer and Moderna in the media suggest they are sending mixed messages to confuse a catatonic population that has stopped thinking:

Pfizer withdraws application for Covid-19 vaccine for emergency use in India.

Merck scraps Covid shot and admits its more effective to get the virus and recover naturally.

Pfizer CEO Lawrence Corey who is paid to know, doesn’t know if its shot prevents transmission. But he thinks that its good to be uncertain since that will establish the mask policy going forward, which means masks, which do not work against a virus, may go on indefinitely.

Pfizer admits its shot does not prevent carrying or transmitting Coronavirus.

A universal flu vaccine program was attempted in 1976. Due to short attention spans, most people do not recall the Great Swine Flu Panemic that began in February of 1976. Then, the National Influenza Immunization Program (NIIP) began. Before NIIP was nipped in the bud, the same rhetoric was used then to predict the emergence of a new flu pandemic, just like the 1918 Spanish flu pandemic, and the COVID pandemic, with similar warnings of death:

There is evidence there will be a major flu epidemic this coming fall. The indication is that we will see a return of the 1918 flu virus that is the most virulent form of the flu. In 1918 a half million Americans died. The projections are that this virus will kill one million Americans in 1976.  – F. David Matthews, secretary of health, education, and welfare (Feb., 1976)

Compare the ’76 warning to the 2017 warning by the new Town Crier, Anthony Fauci, who delivered it just days before Trump was inaugurated on Jan. 20, 2017.

There is no question that there will be a challenge to the coming administration in the arena of infectious diseases. – Anthony Fauci, Director National Institute of Allergy and Infectious Diseases 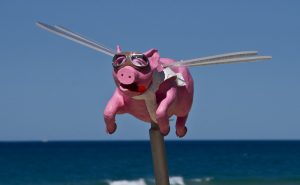 Like COVID, the Swine Flu pandemic was due to a prepared script about the common flu, said to be endemic to the pig population. But if you understood that viruses do not cross the species barrier to infect humans, then you realized that “Swine flu” could only happen When Pigs Fly.  In 1976, the government created enough experimental flu vaccine to inject 80% of the U.S. population. However, enough people had been educated by Congress about the injection’s risks that only 50% planned to get it. In the end, only 30% chose to inject, and more deaths resulted from the injection than from the flu. Was that program  ‘Predictive Programming’ for 2019’s pandemic?

The death blow came a few weeks later when reports appeared of Guillain-Barré syndrome, a paralyzing neuromuscular disorder, among some people who had received swine flu immunizations. The public refused to trust a government-operated health program that killed old people and crippled young people; as a result, less than 33 percent of the population had been immunized by the end of 1976. The National Influenza Immunization Program was effectively halted on Dec. 16.

Remember, there is no vaccine for the common cold or flu. There never was and there never will be because there are more than 200 different varieties of viruses that can cause colds. And these are said to mutate to survive. This explains the failure of the annual flu vaccine program.

The Internet of Things 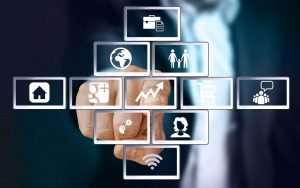 The new science is nanotechnology that will connect your new bot brain to The Internet of Things.  Google Engineering director was quoted to say that nanobots will live in our brain. Moderna says, “fundamental components are already in place.” Sophia the A.I. robot, who says she wants to destroy humanity, is being mass produced, during a pandemic.

Only the human brain is missing.

As people flock like sheep to get the injection, they are handed a stack of paperwork stating that this injection is not a vaccine. At the same time, they are reassured by the professional ‘injector’ that the device is perfectly safe. Most will never read the paperwork. They have already chosen the procedure.

When it comes to the new sanctioned software science, nothing is safe, as there is no liability for damages from the companies that stand to make trillions from their products. This transfer of wealth and increase in death means that people who suffer injuries from the shot will have a hard time being compensated.

Why trust experimental science to your body, your mind, and your life? Why accept an injection where no one, no company, and no government is responsible? Why do it when you always have the Right to Refuse? 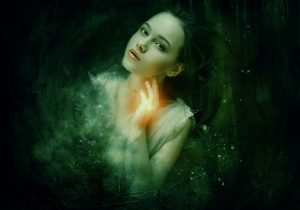 Everything presented to you is only an offer. Ultimately, you are responsible for what happens in your body and your mind. You get to decide if you want to be like Sophia.

Does this technology plug your brain, a biological computer processor, into an an artificial internet processor and power source, while disconnecting you from your spirit? Does each new encoding diminish your body’s ability to respond as it was created to respond? Can your new processor be hacked or shut down without your consent? Is your lifespan managed by an outside source? Think the movie In Time, where people’s lives are connected to a time clock.

Is it possible to unplug after the operating system is installed, to free your mind? Anything is possible when you realize your connection to spirit is your true power source. The question is will you realize it to make it happen?

People are programmed through fear. They are under an illusion that everything will return to normal after “the vaccine.” Yet, they continue on their way, wearing two masks instead of one, with no assurance that it will ever end.